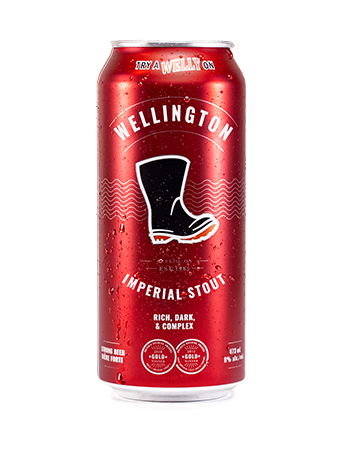 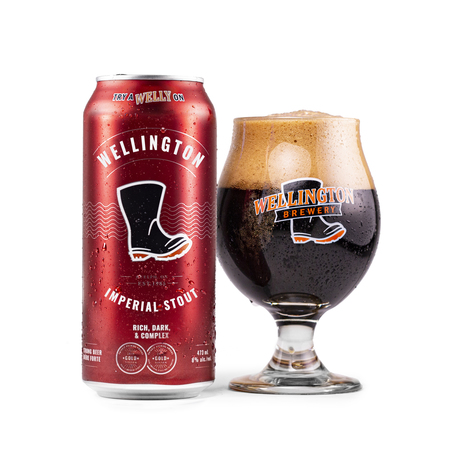 This bold, full-bodied stout is jet black with a deep tan head and an inviting aroma of dark chocolate and coffee. With complex roasted malt and toffee flavours alongside a hint of dark fruit, this award-winning stout is a bold flavour experience you can enjoy any time of the year!

People thought we were nuts when we first launched this pitch-black imperial stout back in the early 1990’s. Inspired by the fortified imperial stouts that were developed in the 18th century for export from England to Russia and favoured by Catherine The Great, these high alcohol stouts were designed to stand the test of time.

As one of the earliest widely available imperial stouts in Ontario, it’s not surprising that this beer has developed a loyal fanbase. Clocking in at 8% ABV with rich cocoa, coffee, and licorice notes, this is a massively flavourful stout that can be enjoyed as a dessert on its own, paired with chocolate and cheese, or used as ingredient in preparing countless dishes including steak pies, chilis, and stews.

Our Imperial Stout is inspired by the traditional British style which tends to be less aggressively bitter and slightly lower in alcohol than many contemporary North American imperial stouts. With more malt character upfront and less bitterness, you’ll notice some dark fruit and raisin notes that work beautifully with the layers of dark chocolate and cocoa flavours. You can also age this beer to see how the flavours will evolve and change over time.

While many craft brewers will release an imperial stout once a year in the winter, we’re firm believers that any season is stout season, so we make this award-winning imperial stout available year-round from our brewery. Our Imperial Stout is a true Ontario classic, so embrace the darkness and dive into a pint of this tasty stout!

Bold, rich and full bodied. This Imperial Stout has complex aromas of chocolate and coffee. Hints of dark fruits with deep roasted malt and toffee flavours and a slight note of black liquorice make this stout complex yet well balanced, rich and smooth.

This Stout is a wonderful example of a dessert pairing. The perfect way to finish off a meal. Try it with the ever sinful Château de Bourgogne for a truly indulgent experience. The chateau is a triple cream cheese from Burgundy, France. It offers earthy, hazelnut notes with a divine creamy finish and holds up perfectly to the rich creamy mouthfeel of the Imperial Stout. Grab a piece of dark chocolate and dip it in the Chateau for a tasting experience you will never forget.

The Imperial holds up to anything rich and chocolatey. By this we mean beyond the classic chocolate cake, but more of the Marquise au Chocolat ( French flourless chocolate pate) type of experience.

Want to steer away from dessert with this beer and go the savoury route? Try the Imperial with cold smoked salmon served on pumpernickel canapes and creme fraiche.

If you like a treat that's not too sweet yet very complex in flavour, these cupcakes are for you. With the roasted coffee bean and dark cocoa notes of our Imperial  Stout shining through with each bite, we're certain you will find these tasty treats suitable for entertaining, indulging and comforting your loved ones on a cold day! 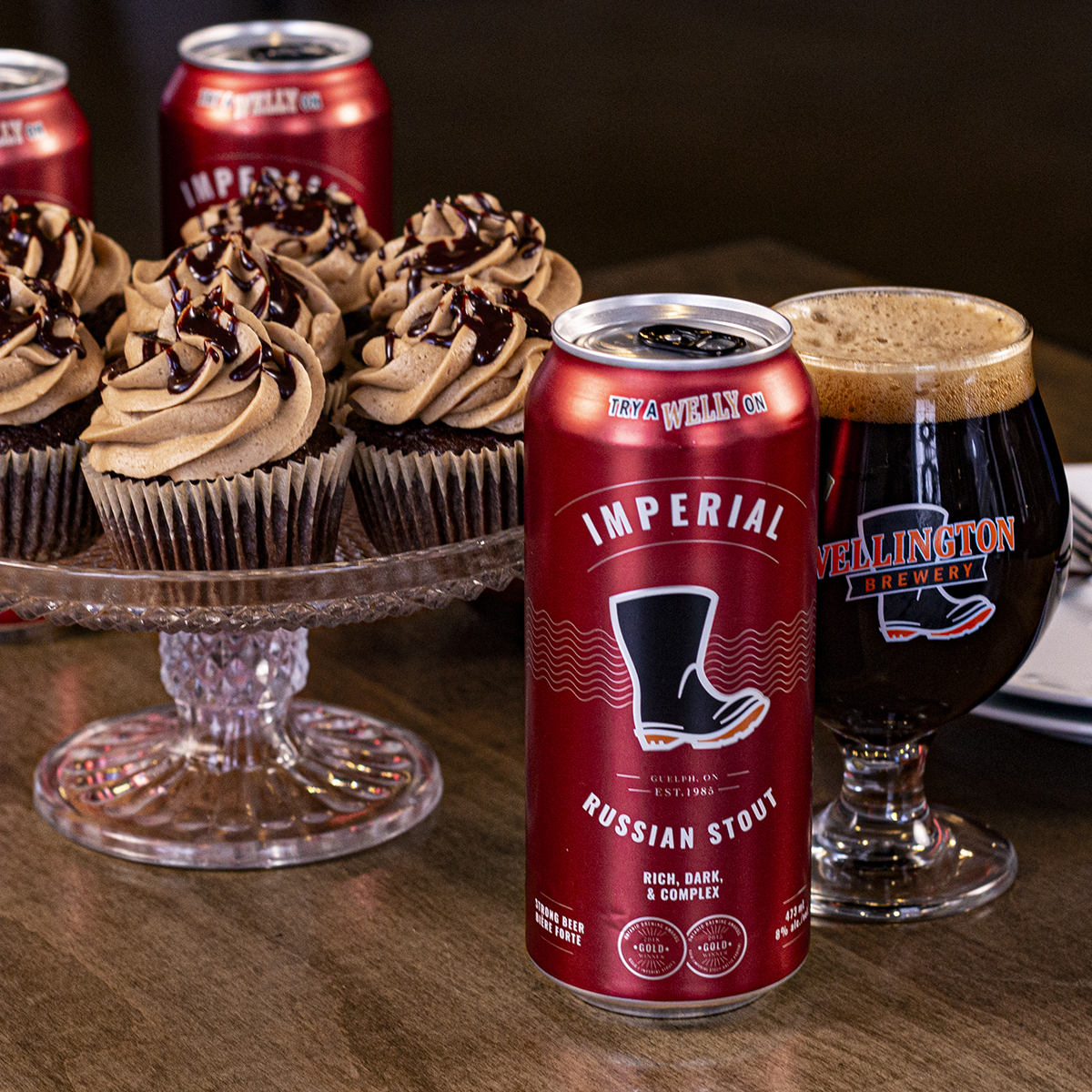