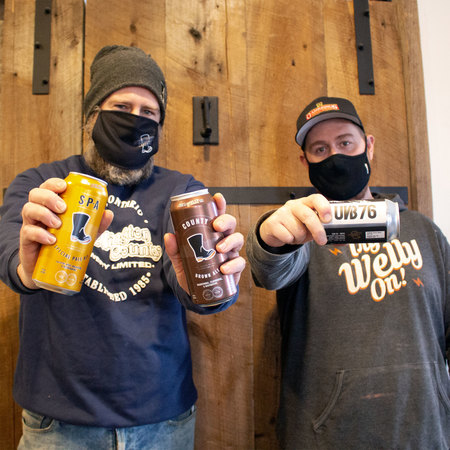 Following recent wins at the Canadian and Ontario Brewing Awards, our brewery took home 3 medals and a Top 10 Ranking at the 2020 U.S. Open Beer Championship. This marks the 9th year in a row that we have won an award at this international beer competition which included over 6,000 beer entries from around the world competing in 140 different beer categories.

We won Gold Medals for Special Pale Ale and County Brown Ale and a Silver Medal for UVB-76 Maksim a seasonal Bourbon Barrel-Aged Imperial Stout. These medals earned our brewery a 10th place ranking in the overall competition. Here are the awards by category:

Both Special Pale Ale and County Brown Ale are available year-round from our brewery and at select retailers across the province. UVB-76 Maksim was a seasonal release that is no longer available but is part of an annual release of UVB-76 barrel-aged imperial stouts each November available from the brewery.

Here is a full list of the award winners including some awards for our fellow Ontario craft brewers. Thanks for your supprt!