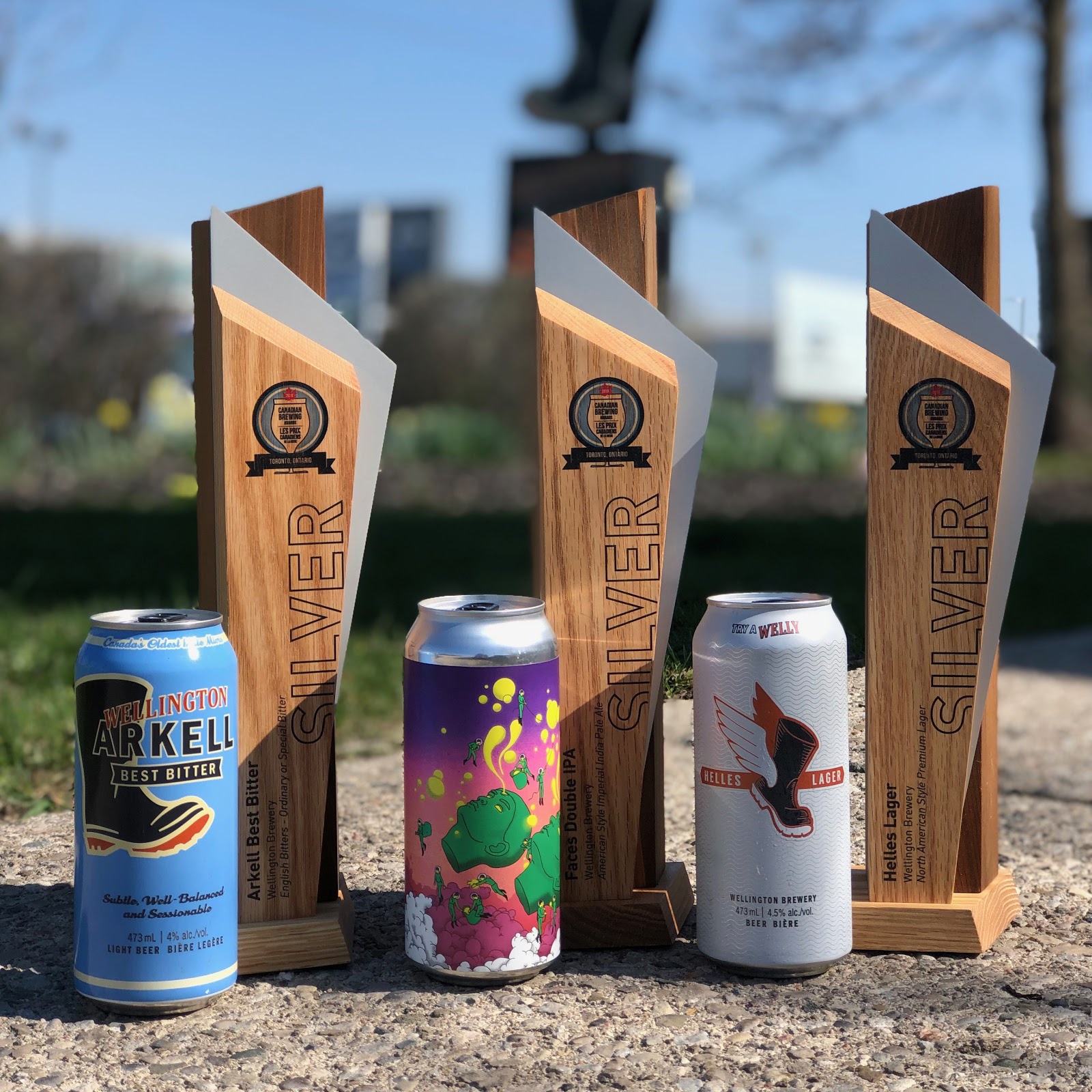 At an awards gala this past weekend at Toronto Westin Harbour Castle we won 3 Silver Medals as part of the 2019 Canadian Brewing Awards.

Helles Lager is available year-round at the LCBO, Beer Stores, and select Grocery Stores across Ontario. Faces Double IPA is not currently available but will return again as a seasonal release. Arkell Best Bitter is available on tap and at the brewery in growlers with a canned release planned for the fall as part of our fall/winter mix pack.

Congrats to our fellow craft brewers who took home awards! And thanks to everyone who supports independently owned Canadian craft brewers, cheers!!