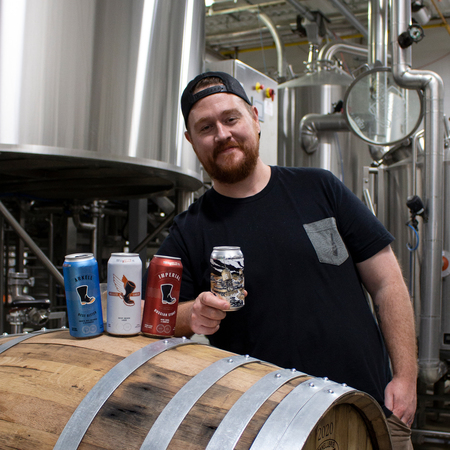 We’re so grateful and honoured to have won 4 medals at the 2022 Canadian Brewing Awards this past weekend in Calgary, AB.

Congrats to the brewing team and everyone who is a part of our production team here at Wellington Brewery! Here are the medals and categories we won:

This marks the 2nd year in a row we’ve won a national medal for our year-round Helles Lager which is available at LCBO, Beer Store, and select Grocery stores across Ontario. Arkell Best Bitter and our Imperial Stout are available year-round from our brewery. And keep an eye out for a new installment of our Bourbon Barrel-Aged Imperial Stouts coming later this year.

The Canadian Brewing Awards is Canada’s national competition for judging the quality of Canadian manufactured beer. The competition included entries from craft brewers across Canada and entries were evaluated with a series of blind tastings by a panel of BJCP-certified judges.

For a full list of awards visit the Canadian Brewing Awards website. Thanks for the support and congratulations to our fellow craft brewers who took home awards!