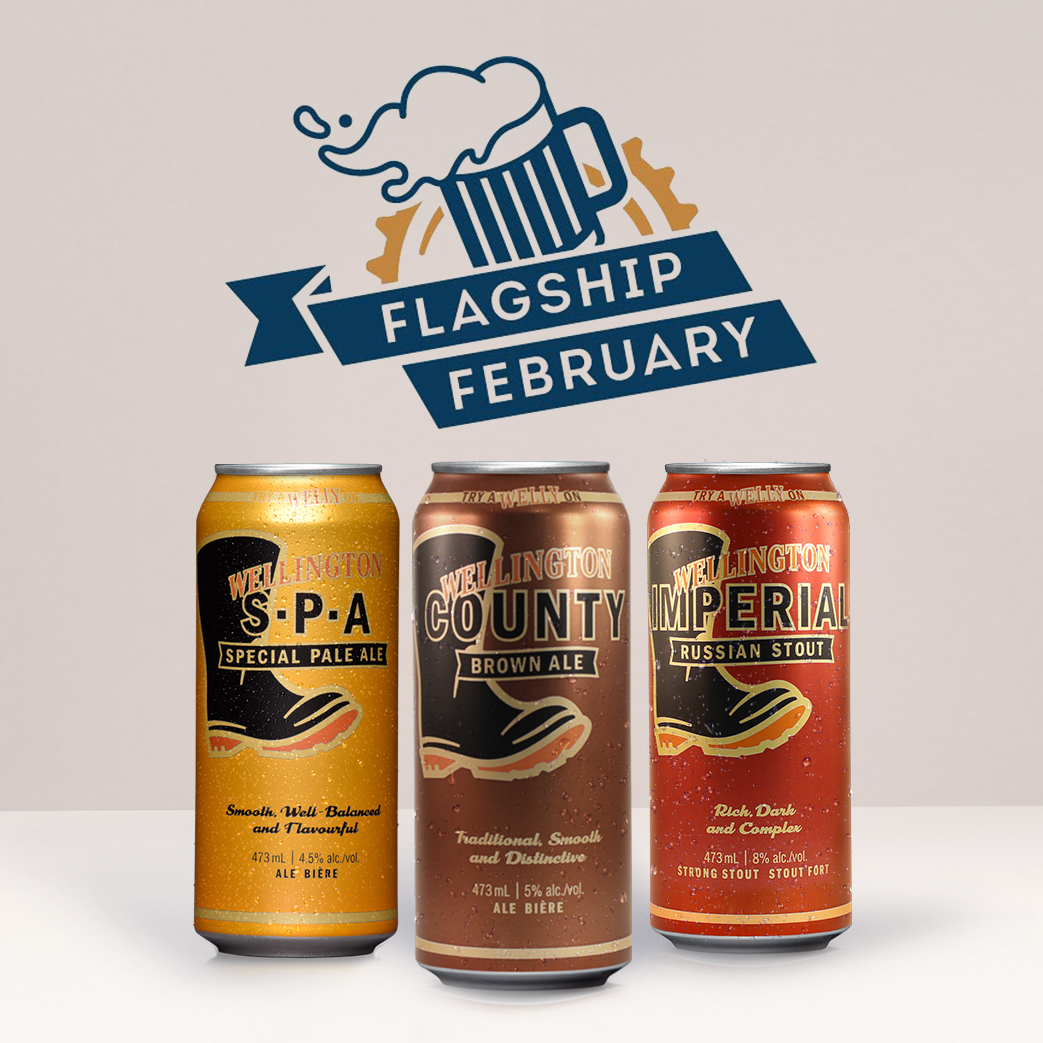 About a month ago, Toronto-based beer writer Stephen Beaumont came up with the idea of Flagship February, a month-long campaign focused on celebrating the flagship craft beer brands that defined breweries and helped build our industry. It all started with a few tweets and has grown into a global campaign focused on celebrating the beers that “paved the way for today’s remarkable global beer market, or in other words, the flagship beers that got us here.”

One of the best parts about craft brewing is the push to explore new flavours, discover new ingredients, and experiment with new approaches to brewing. Sure, we all love Barrel-Aged Brett-conditioned Sours, hazy Double IPA’s, fruit-infused everything…. and the boundless momentum and energy behind the ever-changing and always-new hyped beer releases flooding the market every week... but sometimes in the shuffle, it’s easy to forget about the everyday go-to beers that helped shape our current craft beer scene.

As one of Canada’s first craft brewers, we have a long and storied history stretching back to the early 1980’s - back before the term “craft” was regularly used, and everyone just called them microbreweries. A whole lot has changed since we opened back in 1985 - we’ve expanded our brand lineup and offered more than just cask-conditioned English-style ales. And while craft brewing has exploded in popularity over the past 3 decades and we’ve gone from a handful of small brewers to over 200 in Ontario alone, some constants have endured:

Special Pale Ale or “SPA” is by all definitions our flagship brand and remains one of our best selling beers to date. First brewed in 1986, this classic English-style Pale Ale is often referred to by many beer drinkers as the first Ontario craft beer that they tried and remains a classic to this day. With a balance of malt and hops patterned after traditional English pale ales, this malt-forward beer has biscuit and caramel flavours upfront with a delicate floral hop finish. In a world of hoppy pale ales, this well-balanced malt forward English-style ale holds a special place in our hearts.

County Brown Ale was one of our original recipes that was first brewed when we opened back in 1985. Inspired by traditional English brown ales, this delicious ale is a rich mahogany brown in colour with deep red accents. With roasted malt, nut, and toffee notes this enticing malt-forward ale is balanced with a mild hop finish. There’s something reassuring and comforting about an English-style brown ale in this day and age and we’re proud to be one of the few breweries in Ontario producing a year-round Brown Ale.

Imperial Russian Stout holds a special place in Ontario craft beer history. This black-as-night imperial stout must have stood out like a sore thumb back when it was first brewed in the early 1990’s. With complex roasted malt and toffee flavours, a hint of dark fruit, and a smooth well-balanced finish, our Imperial Russian Stout is a true Ontario-classic.

These 3 traditional malt-forward ales are the timeless recipes that helped build our brewery and have won countless provincial, national, and international awards over the years. While we’ve added some new brands to our lineup including Upside IPA, Helles Lager, and Kickin’ Back Session IPA, we’ve also had to say goodbye (for now) to some classics including Iron Duke and Arkell Best Bitter.

In an ever-changing craft beer landscape, there’s something nice about being able to sit down with an old friend and appreciate the timeless simplicity of a well-crafted traditional style ale.