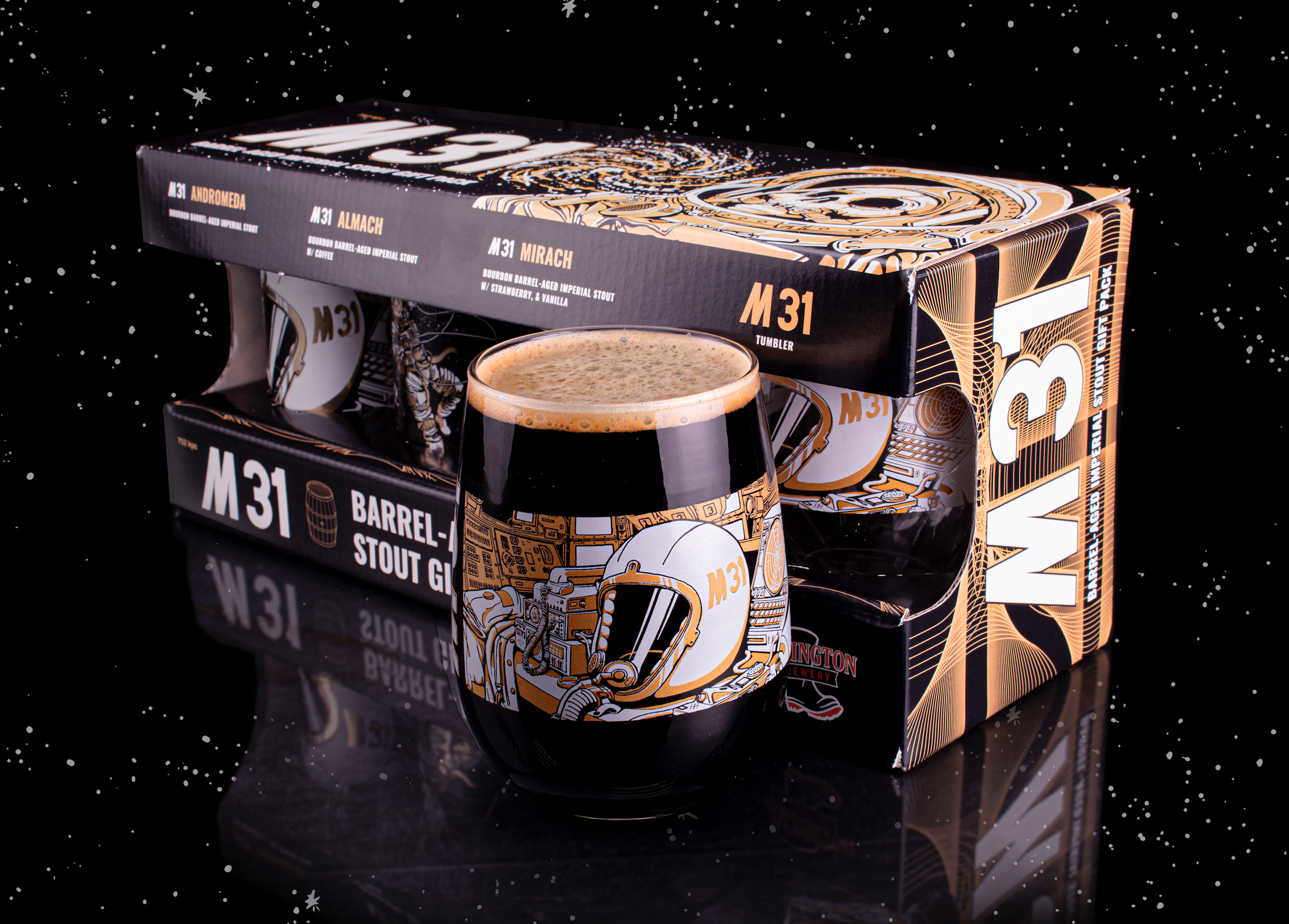 Introducing M31, our new series of barrel-aged Imperial Stouts. Building on the success of our UVB-76 releases over the past 6 years, this new barrel-aged beer family delivers the bold and unique flavours you’ve come to expect.

M31 Andromeda (formerly known as UVB-76 Roman) is the original M31 Imperial Stout aged for 9 months in bourbon barrels. This classic barrel-aged stout has bourbon, chocolate, and toasted walnuts on the nose with a deep woody bourbon and butterscotch flavour that finishes with big chocolate and caramel notes.

M31 Almach  (formerly known as UVB-76 Alexei) combines a special coffee blend from Planet Bean with the bourbon barrel-aged M31 Imperial Stout. Intensely aromatic and flavourful, Almach has a nose of freshly brewed coffee, almond, and bourbon with wood character and a rich coffee flavour on the finish. 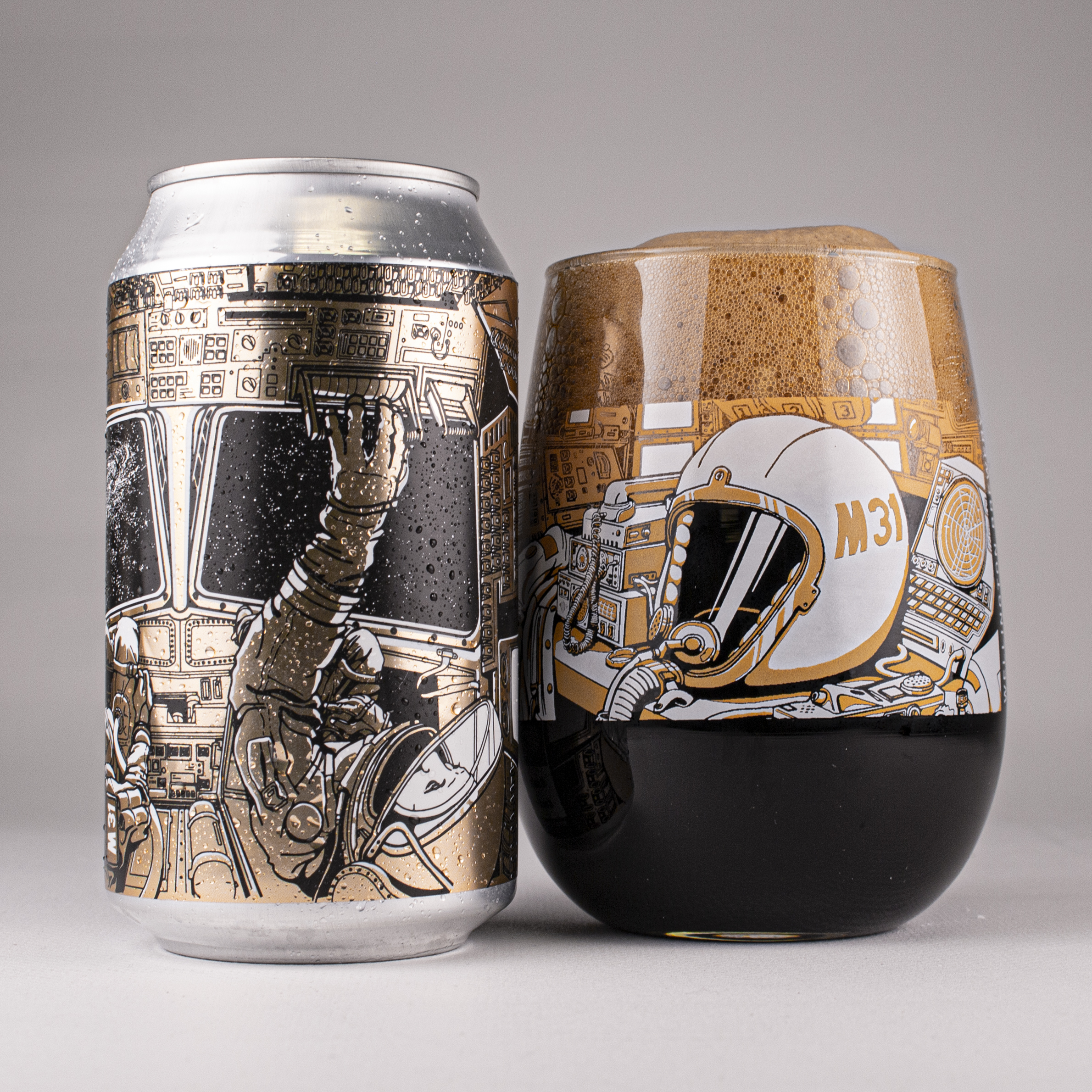 M31 Mirach (formerly known as UVB-76 Nikita) is a Neapolitan inspired take on M31 with Vanilla and Strawberry flavour upfront, followed by bourbon and cocoa notes on the nose. Complex notes of strawberry jam, vanilla bean, dark chocolate are followed by roasted plums, dates, and smoky bourbon on the finish to create a decadent imperial stout.

These sought after barrel-aged imperial stouts are available as a limited edition gift pack that includes a can of each beer alongside a M31 tumbler glass which is available from our brewery and at select LCBO stores across Ontario.

Single cans of each beer will also are available from our brewery both in-store and online with shipping available for a flat-rate of $10 anywhere in Ontario on orders of $50 or more.

Curious about where the M31 name comes from? The Andromeda galaxy also known as M31 is the nearest large galaxy to the milky way. Visible to the naked eye on moonless nights this vast galaxy is estimated to contain one trillion stars and is on a collision course with our own Milky Way galaxy. While we’ve luckily got about 4 billion years until this happens we can look into the night sky and marvel at the wonders that light up the sky just beyond our galaxy.

You can also visit our brewery tap room (open 11am-7pm daily) and sample each of these special barrel-aged beers expertly paired with some snacks. We’ll also have a 2020 vintage on tap to sample. These will only be available for a limited time, so be sure to pop by soon.

And don’t forget that these bourbon barrel-aged beers are robust and can be cellared for future enjoyment. Cheers!