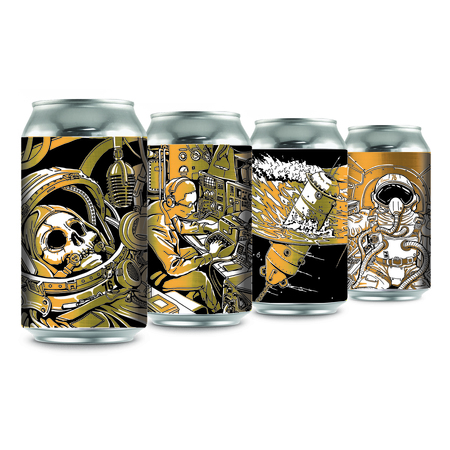 2019 Edition of UVB-76 Barrel-Aged Imperial Stouts are here! The 2019 installment adds a unique twist on the series by splitting the beer into both Bourbon and Cognac barrels for aging. This years release will feature 4 unique barrel-aged variations including two straight barrel-aged versions and two flavoured selections:

Each of these limited edition imperial stouts clock in at 11.9% ABV and will be available exclusively in 355ml short cans from the brewery and online for $5.95 per can and $21.95 for the mix 4-pack (including tax & deposit).

UVB-76 is available now for online pre-sale with cans shipping across Ontario on Wednesday November 6th. The official release will be on Saturday November 9th with a special UVB-Day launch party from 12-4pm at the brewery which will include food pairings and 12 exclusive UVB variations to sample.

The UVB-76 Imperial Stout name and artwork were inspired by a mysterious Russian shortwave radio station of the same name, which has been broadcasting continuously at 4625 kHz since 1973. The recipes have been created and brewed by Jeff Wilson and the cans feature artwork by Gordon Auld.