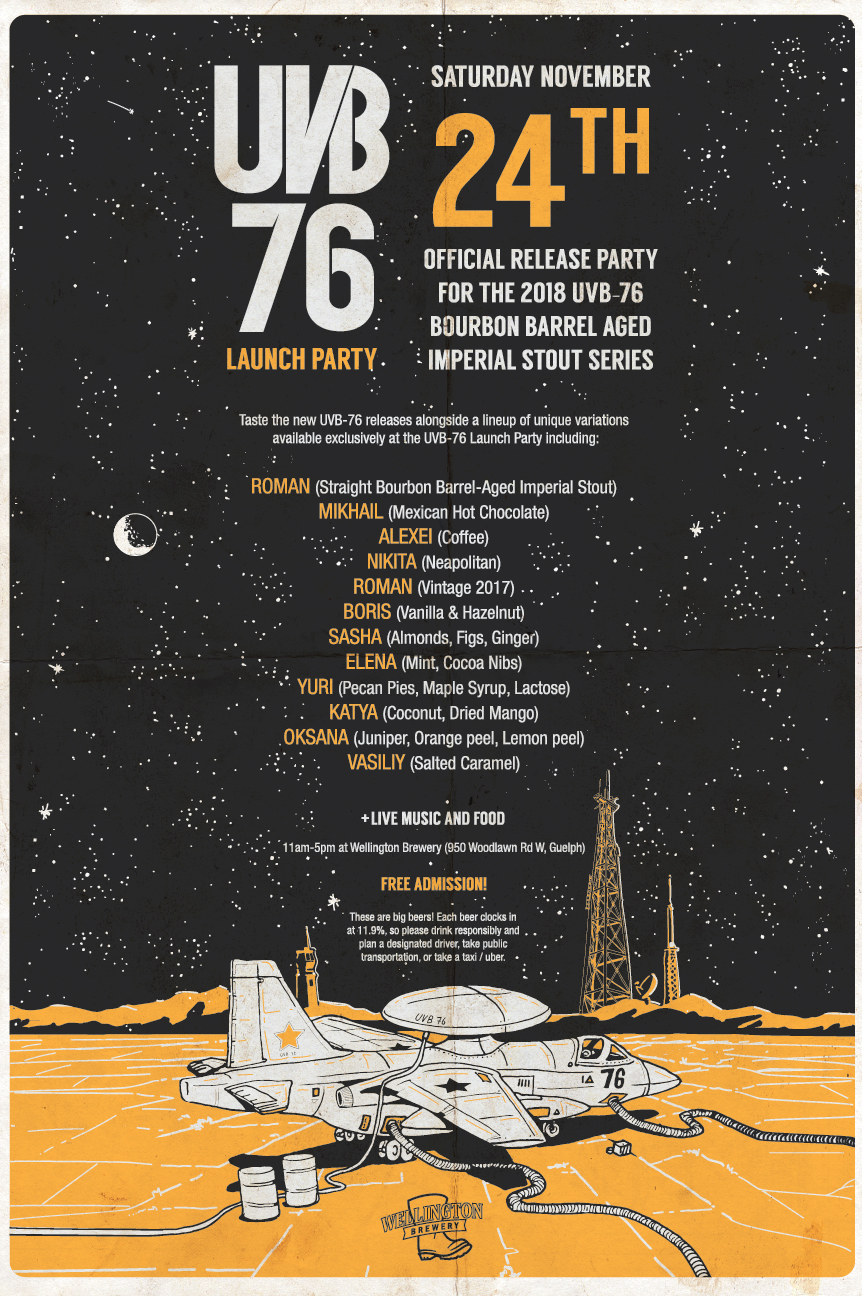 A wave of radio static is interrupted by a mysterious buzzing tone and occasionally a voice repeating the names: Roman, Mikhail, Alexei, and Nikita. UVB-76, also known as "the Buzzer", is a mysterious Russian radio station that has been broadcasting continuously since 1973. Inspired by this cryptic transmission, we brewed a massive Imperial Russian Stout and aged it for over 4 months in Kentucky Bourbon Barrels.

The 2018 installment of the UVB-76 series features the return of Roman (original straight barrel) and Mikhail (Mexican Hot Chocolate) alongside two new releases including Nikita (Neapolitan inspired) and Alexei (with Coffee).

Join us at the brewery on Saturday November 24th to celebrate the release of the 2018 installment of UVB-76. Starting at 10am we’ll have bottles available in our retail store and starting at 11am we’ll have an exclusive lineup of unique UVB-76 variations that are available only on tap at this event. The launch party will also include live music and food. Admission is free and on a first come, first serve basis.

Roman, Mikhail, Alexei, and Nikita will also be available for sale in 355ml bottles ($5.45 / 355ml) or in a mix 4-pack for $19.95. The 8 remaining UVB-76 variations will be available exclusively on tap at UVB Day. 4oz samples of all UVB-76 will be $2.50 and anyone attending will be entered to win a chance to purchase a limited edition take home bottle of these launch day exclusives.

These are big beers! Each beer clocks in at 11.9%, so please drink responsibly and plan a designated driver, take public transportation, or take a taxi / uber.