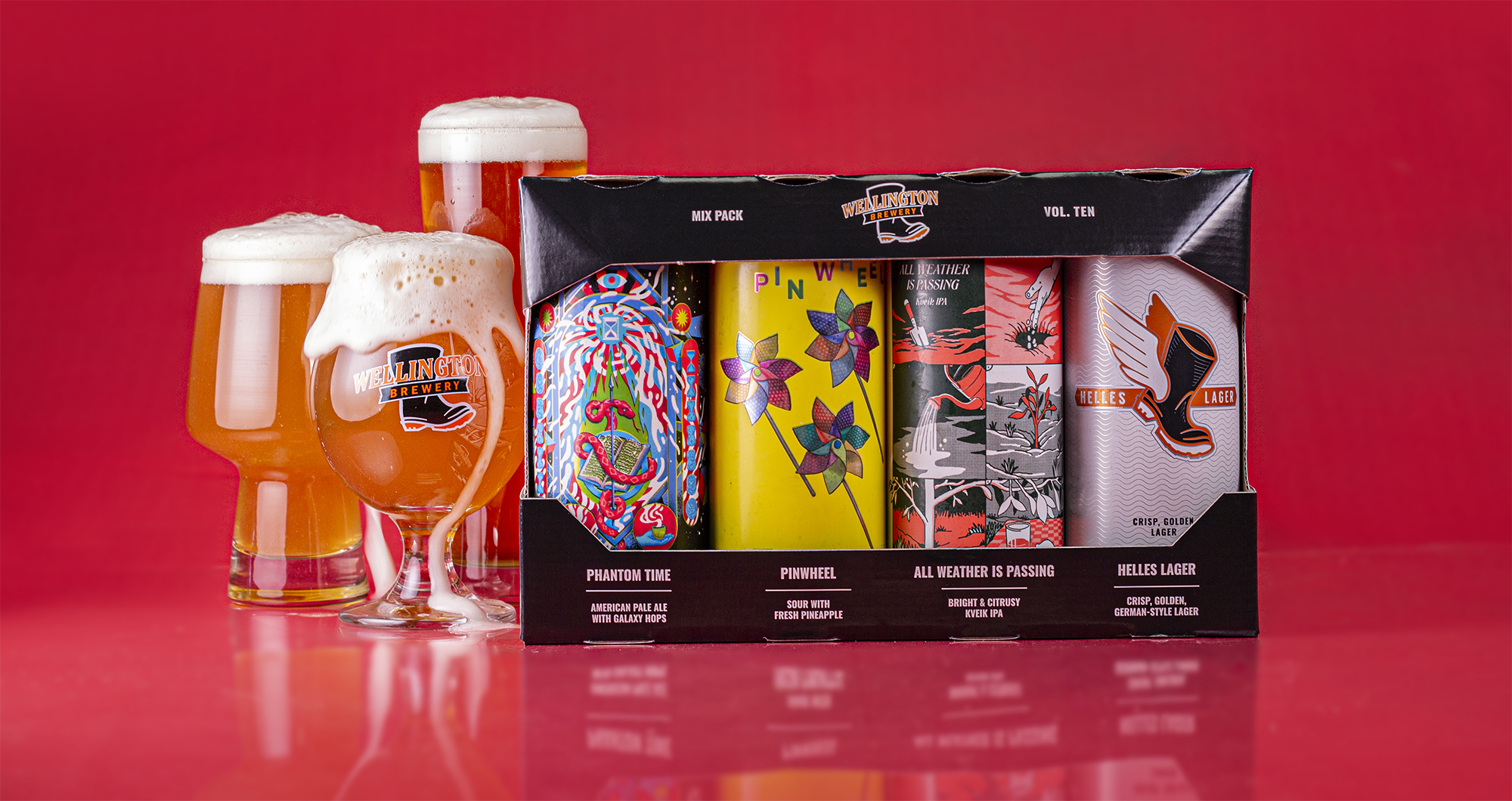 We’ve just launched our new Vol 10 Mix Pack for spring and summer 2021 which includes some incredible small-batch seasonals that are perfect for the warmer days ahead.

It’s hard to believe, but this release marks the 5th year for our seasonal mix packs. We started back in the spring of 2016 with a 4-pack of 355ml bottles and it’s just grown since then as we’ve made the move to tall cans and expanded this into more LCBO stores across Ontario.

It’s no secret that we love these seasonal mixes, they are a great opportunity for us to bring some unique small-batch beers to a wider audience and it’s also a chance to put forward some often overlooked beer styles and recipes. When we put together a new seasonal mix, we take the best new recipes from our pilot system and small-batch brewery exclusives and scale them up on our main brew house to make them available for a 6-month seasonal run.

We’re going to take a moment and dig a bit deeper into our Vol 10 mix pack, taking a look at the inspiration behind these creative seasonal beers and why we wanted to feature them in our new mix pack.

All Weather is Passing Kveik IPA is a beer that may be new to a lot of people, it was first released last May during the early days of the pandemic. Our brew team has been inspired by the work that Escarpment Labs have done with Kveik yeast and we’ve used these unique yeasts in a bunch of different pilot brews. When we tested out the Voss Kveik strain we were blown away by how much citrus character this yeast would produce and how perfect this would be for a hazy IPA. So we brewed up a recipe with some Citra, Simcoe, and Amarillo hops, and wow, the results were great; the yeast fermented super clean and the citrus notes helped amplify the hops.

We took the name from the Norwegian proverb that says, “all weather is passing” and added the quote “good things take time, good times will come” as a reminder about the patience and optimism required to live and work through a pandemic. The graphic novel style comic on the can was drawn by our in-house graphic designer Gordon Auld who created this label as part of a 3-part series alongside Yesterday, Today, and Tomorrow and Best Laid Plans which featured the same colour palette and comic illustrations that touch on the theme of how important it is to slow down, take your time, and take stock of the moment you live in. When we looked back at 2020, this beer helped mark a moment for us and we loved the message written on the can reminding us that “good times will come”.

Phantom Time American Pale Ale was a recipe first developed by our brewer Jeff Wilson back in early 2019 on our pilot system. It was released as an exclusive in keg in our tap room and at a few local bars and restaurants and needless to say it was a huge hit, especially with our staff. This recipe perfectly captures Jeff’s approach to brewing hoppy beers - it’s super dry on the finish but it also uses oats, wheat, and spelt in the malt bill which add some body to the beer and balance out the juicy Galaxy hop character. It’s a super crushable hazy pale ale that’s the perfect beer for a summer afternoon.

The concept for the name comes from the The Phantom Time hypothesis which is a historical conspiracy theory that the "phantom time" of 297 years (AD 614–911) were added to the Early Middle Ages. And while the theory doesn’t really hold much water, we loved the idea and the name, so we ran with it. Our graphic designer Gordon Auld used this concept as a jumping off point to create a tripped-out illustration that perfectly captures the name of the beer. 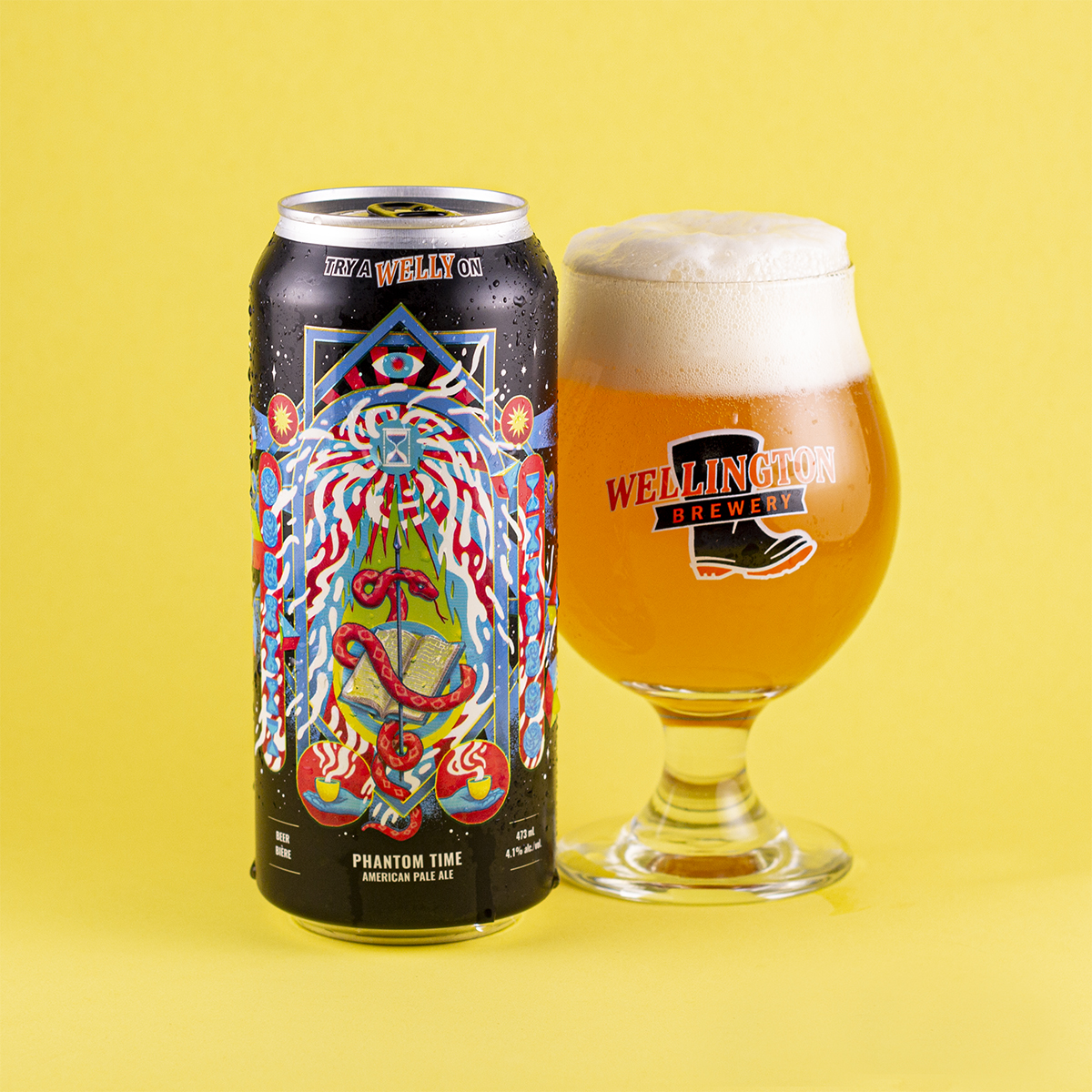 Pinwheel Pineapple Gose was first released in the summer of 2018 as part of our first Party Favours Sour pack, which featured 4 unique sour beers all with names like Paper Crown, Punch, Piñata, Slide Whistle, and of course Pinwheel, all based on party favours. Each of these cans featured bright, playful illustrations that were designed by Gordon Auld. The sour pack was sold as a 4-pack mix but this one really stood out and became a fan favourite.

A gose sour really has it all, it’s got the lactic sourness, a touch of salt and coriander, and the sweet pineapple on the finish. Of course, salted pineapple is a winning combination in almost any recipe or dessert, so why not make it happen in a beer and use the slightly salty character of a gose to bring this to life. And like most of our beers that use fruit flavours, we’re using real fruit puree and not just adding flavouring, you’re getting the real juicy pineapple flavour in this one. When we first released this, we knew it was going to be a summer hit, and needless to say, it’s a beer we’re really happy to have back in the lineup for summer 2021. 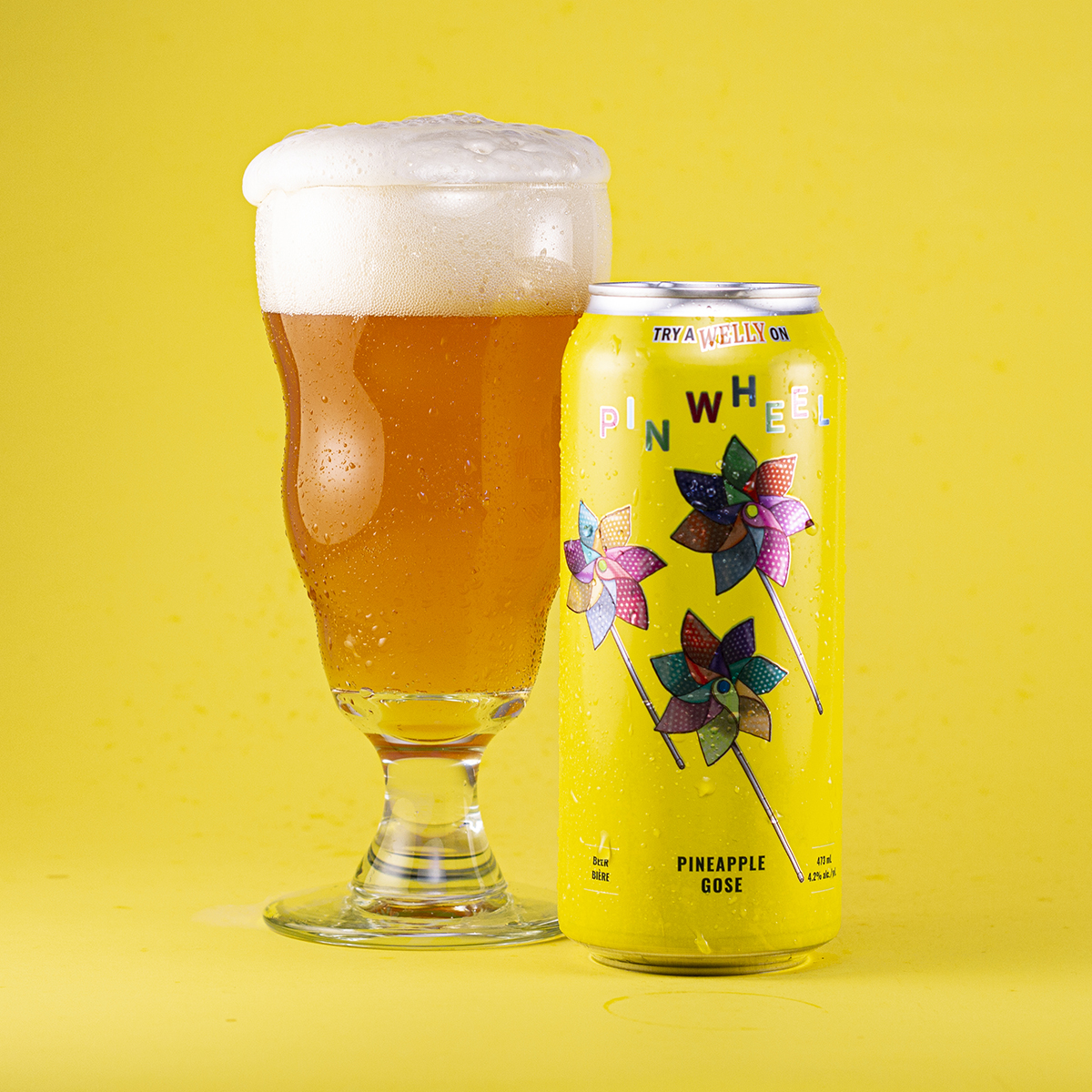 And then of course who can forget our year-round Helles Lager, the original crispy which has been a central part of our beer lineup since spring of 2017. A big part of what makes this beer have such a nice soft and gentle mouthfeel is our water. After we renovated our brewery in 2016 we also added a state-of-the-art water treatment process that allows us to dial in the specific water profile to match the mineral content that a traditional Helles lager should be brewed with. This not only helps the beer have a distinctly smooth and rounded mouthfeel but it helps that distinctive crisp hop character on the finish to stand out.

With a good Helles style beer, it’s all about balance and drinkability, the grainy-sweet malt character is in perfect balance with a restrained hop bitterness that leads into a soft, dry finish. It’s the kind of beer that pairs well with almost any food, especially seafood and BBQ, and is the ultimate refresher on a hot summer day. 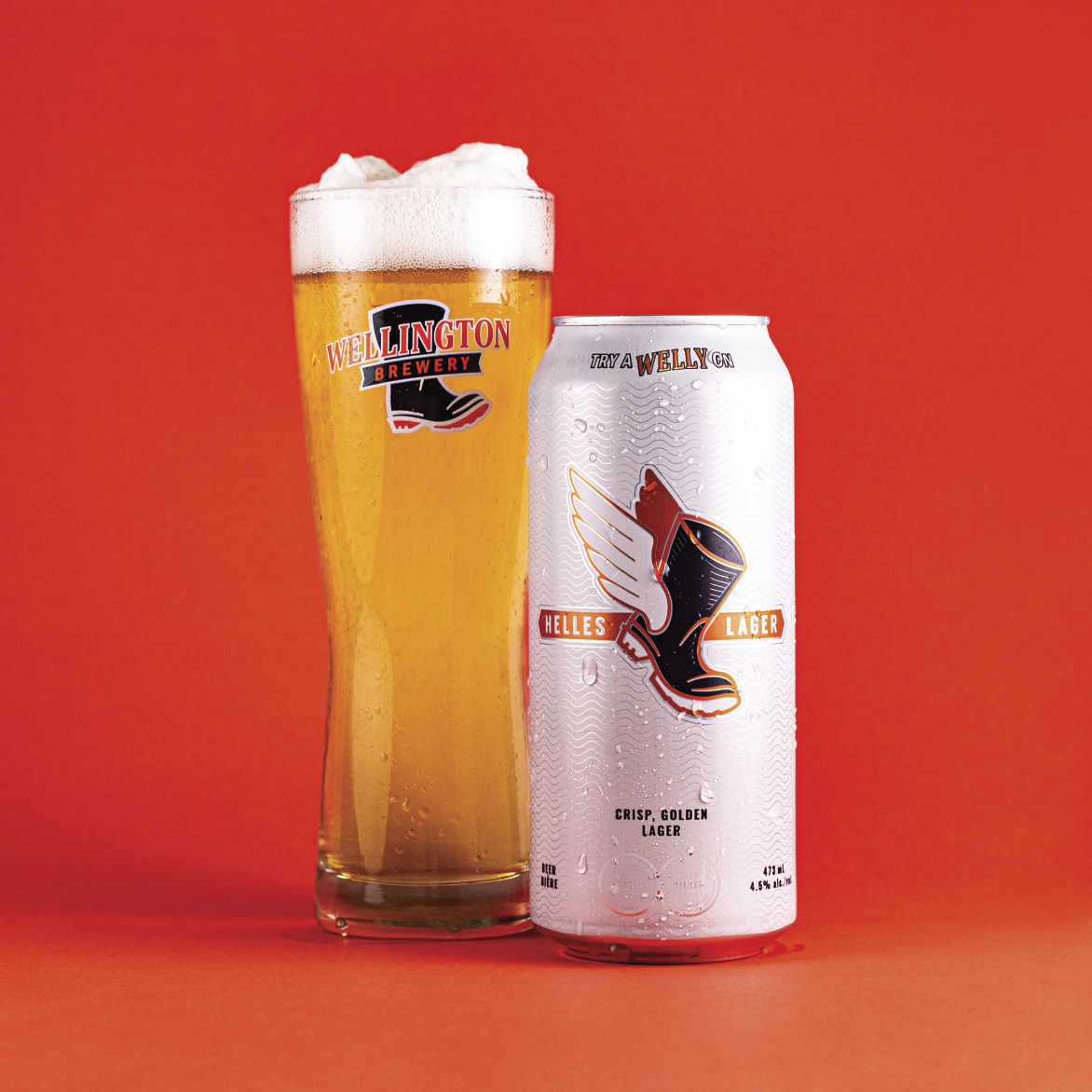 This is one great mix with something for everyone to enjoy. Find our Welly Mix Pack Vol 10 available now from our brewery and at LCBO stores across Ontario for $13.95 including tax and deposit. Cheers!